The Vitamins of Group B pure vitamin PHARMA are obtained exclusively through the most technologically advanced procedures of the moment which guarantee maximum absorbability and bioavailability. B vitamins play an essential role in ensuring the normal functioning of the nervous system. They support the nutritional processes of the skin and mucous membranes of the body. They also play an essential role in the transformation of complex carbohydrates for energy production. Vitamin B9 is essential for the synthesis of DNA, proteins and for the formation of hemoglobin. It also lowers the levels of the amino acid homocysteine, associated with the risk of cardiovascular disease and heart attacks.

🇮🇹 MADE IN ITALY

Take 1 pill a day, preferably on a full stomach

Vitamins of Group B

1. Thiamine (B1) : necessary in the metabolism of carbohydrates, it favors the general state of nutrition of the nervous tissues. The deficiency causes damage to the nervous system, general wasting and some specific conditions such as beriberi, very common among populations that eat mainly polished rice, and Wernicke’s syndrome, a severe form of confusion. Thiamine is widespread in both plant and animal foods, such as cereals, legumes, pork, brewer’s yeast, and is also partly produced by the intestinal flora but its requirement, which is at least 0 , 8 mg per day (0.4 mg per 1000 kcal taken) is barely covered by a normal diet.
2. Riboflavin (B2) : important for the nutrition status of the skin and mucous membranes, riboflavin is rarely scarce in the diet of populations in rich countries. Its deficiency is instead evident in poor populations, where associated with a general state of undernutrition, it causes skin alterations, lesions to the mucous membranes and to the digestive tract. It is widespread in brewer’s yeast, wheat germ, whole grains, liver, meat, milk and eggs and is also produced by the intestinal flora. A certain part, however, is lost with the cooking of food. The daily requirement is 0.6 mg for every 1000 kcal taken.
3. Pyridoxine (B6) : precursor of an enzyme important in the metabolism of nitrogenous compounds, the presence of vitamin B6 influences the efficiency in the use of proteins by the body, but also the synthesis of hemoglobin and metabolism carbohydrates and lipids. B6 deficiency is quite rare, usually causing apathy and weakness, and in some cases a form of hypochromic anemia, where the red blood cells are clearer than usual. It is widespread among foods, in meat, fish, legumes and is also resistant to many industrial treatments. The daily requirement is estimated to be at least 1.1 mg per day for women and 1.5 mg per day for men.
4. Cobalamin (B12) : it is a group of substances containing cobalt, involved in the metabolism of fatty acids, amino acids and nucleic acids. The deficiency condition is quite rare, and can only manifest itself in cases of strict vegetarian diets. In this case, the phase of pregnancy is particularly delicate, where the deficiency in the mother can have very dangerous effects for the unborn child. However, the deficiency can also derive from the absence of the factor that facilitates its absorption in the intestine, with consequent disorders affecting the nervous system and the production of blood cells, up to a form of anemia defined as ‘pernicious’. It is present in all animal foods in minimal quantities, in particular in the liver, meat, fish, milk and eggs, and is resistant to cooking. Its minimum daily requirement, normally covered by the diet, is at least 2 mg per day.

What is it for?
Our body uses folic acid to produce new cells. Vitamin B9, through mechanisms not yet fully known, is essential for the synthesis of DNA and proteins and for the formation of hemoglobin, and is particularly important for tissues that undergo proliferation and differentiation processes, such as for example , embryonic tissues. For this reason, in recent decades, folic acid has been recognized as essential in the prevention of some congenital malformations, particularly those affecting the neural tube. Furthermore, the possibility is not excluded that it may also intervene in the prevention of other congenital defects and malformations, such as cleft lip and palate and some congenital heart defects.

Folic acid also helps prevent other health risk situations. Its presence lowers the levels of the amino acid homocysteine, associated with the risk of cardiovascular disease and heart attacks, although at the moment it is not possible to establish a direct association between folate intake and reduced heart risk.

The amount of folate introduced in the diet, if varied and balanced, is generally adequate.
Foods naturally rich in folate are, for example, green leafy vegetables (spinach, broccoli, asparagus, lettuce), legumes (beans, peas), fruit (kiwis, strawberries and oranges) and nuts (such as almonds and nuts). As for foods of animal origin, liver and other offal have rather high folate contents, as well as some cheeses and eggs, to be consumed.

3 reviews for PURE GROUP B VITAMINS

Show reviews in all languages (3)

No products in the cart.

Manage Cookie Consent
To provide you with the best experiences, we use technologies such as cookies to store and/or access your device information. Consent to these technologies will allow us to process data such as browsing behavior or unique IDs on this site. Cookies are used for ads personalisation. Our site makes use of Google services, for more information see Google's Privacy & Terms site. Not consenting or withdrawing consent may adversely affect certain features and functions.
Manage options Manage services Manage vendors Read more about these purposes
View preferences
{title} {title} {title} 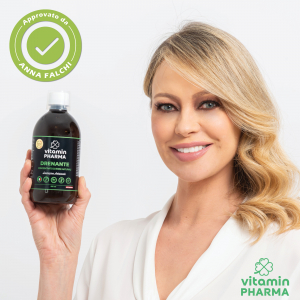